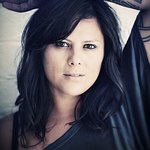 Kiwi singer-songwriter, author and media personality Anika Moa is leading the chorus in a promotion that will see at least 20,000 new books enter New Zealand homes, schools and communities via Kellogg’s Free Books and Books for Schools programmes.

In the Free Books promotion, shoppers can purchase specially marked packs of Kellogg’s cereal or snacks which can be redeemed for their choice of free books for the family, while stocks last. There is a choice of 10,000 children’s and adult titles covering a range of ages, interests and reading abilities.

In New World supermarkets, shoppers can also drop off receipts showing purchases of two Kellogg’s products for the benefit of local schools through the Kellogg’s Books for Schools initiative. For every two boxes of cereal or snacks purchased, Kellogg’s and New World will donate a book to the school’s library with up to twenty books gifted to any one school. There are 10,000 books available for 500 schools participating across the country.

In support of the Free Books and Books for Schools campaigns, Anika held a special book reading and sing-a-long event for new entrants at Rosebank School in Avondale, Auckland on 8 February, highlighting the importance of reading as the new school year gets underway.

A popular Kiwi recording artist and mum to five-year-old twin boys and a cheeky two year old son, Moa has released two very successful music albums for children, Songs for Bubbas and Songs for Bubbas 2. Songs for Bubbas won the New Zealand Music Award for Children’s album of the year in 2014 and she also won the Apra Song of the Year for Colours Are Beautiful.

Anika’s performance at Rosebank School was a joyful and entertaining session of laughter, books and singing.

Commenting on the Free Books initiative, she said: “Reading is a time to bond with your tamaiti and to help their curiosity and imagination run wild. I read so much as a child and it helped me develop my song-writing and my ability to tell such silly stories in my Songs for Bubbas albums. It’s the best thing since sliced bacon!”

It’s the second year Kellogg’s has run the Free Books promotion, which in 2016 saw nearly 10,000 books redeemed with the balance donated by the company to Variety - The Children's Charity.

Kellogg’s Customer Activation Manager, Penelope Ryan says, “The start of the new school year is a great time for families to make time to read together and set positive habits for the rest of the year. In 2017 we hope many more New Zealanders will take advantage of the opportunity to bring a new selection of books into their households and school communities, through this quality offer.”