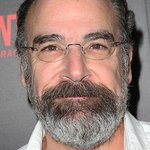 International Rescue Committee ambassador and actor, Mandy Patinkin, urged leaders across Europe and the United States to expand legal routes for refugees caught in limbo, at the end of a 5-day visit to Greece, Serbia and Germany to bear witness to the refugee crisis in Europe.

As the political climate becomes increasingly hostile towards refugees, and the Trump administration perpetuates counterproductive and cruel policies, Patinkin called on political leaders to show compassion.

On Lesbos, Patinkin spent time with a family from Afghanistan who have been stalled on the island since March 20, 2016. They fled for their safety. Taer, the 38-year-old father of two, was a street peddler in Kabul. He described how every day was a day filled with fear. “Every bomb explosion was in the city,” he said. “We were afraid every day. It was daily life. If you go out you never know if you will be back or not.” His daughters, Attife, (11), and Hanife, (8), walked through snow up to their necks on their treacherous journey in search of sanctuary. They both have ambitions. Attife wants to be a pediatrician, Hanife, a teacher.

In Serbia, which has become the holding ground for refugees seeking sanctuary in Europe, Mandy met with some of the over 7,600 people now stranded there. The majority of these people are from Afghanistan, and, without any legal alternatives, have taken arduous journeys from Afghanistan, through Iran, Turkey, Bulgaria to Serbia, risking life and limb in search of sanctuary in Europe. With Hungary letting only ten refugees per weekday across their borders to seek asylum there, the majority of Afghans who arrive in Serbia are stuck, their only option, smugglers. In Serbia, Patinkin met Farhad, (10), a talented young artist from Afghanistan, and some single young men, perhaps the most vilified of the most vulnerable, who have the slimmest chance to continue their journeys through legal routes – their only crime is that they did not want to fight. “You are living my grandparents’ lives,” Patinkin told these young men. “I would not be alive today if the United States had not offered them sanctuary.” Patinkin’s family is from Lithuania and Poland and fled Hitler’s war against Jews in Europe.

Finally, in Germany, Patinkin met with Syrian refugees, Koder and Safae Alassy and their two young boys, Obai (13) and Abdul (9). Patinkin first met this family on Lesbos in November 2015. They are from Deir ez Zor, Syria and were forced to flee the conflict there. Patinkin has kept in touch with this family and, upon reuniting with them in the small German town they now call home, broke down in tears. “We saw so many families just like yours that are looking to have this beautiful home and a new life. And seeing you have this is so wonderful! The whole world should make sure that every family has this.”

In the airy apartment where they now live, the Alassy family expressed great gratitude to the German people for their welcome. Eight months since arriving here, the children’s German is impressive. “We are so happy that we are here in Germany,” Safae said. “Our past life has been changed.”

Over 65 million people around the world are displaced by war of whom 21.3 million are refugees. Of that number, less than 1% are resettled to a third country. The IRC is calling for European governments to step up and commit to resettling 108,000 refugees per year for the next 5 years and, in addition, offer up 60,000 new places to make up for the shortfall caused by President Trump’s Executive Order.

The only sustainable and responsible way to address migration flows is to offer safe and legal routes to protection. Supporting refugees is not just a moral obligation; it is a vital part of maintaining global stability in a world where more and more people are on the move. While President Trump’s Administration has chosen to turn its back on refugees, the rest of the world cannot.

Mandy Patinkin, actor & International Rescue Committee ambassador said:
“We are at a critical moment in our history. The politics of fear is on the rise. People are far too willing to vilify the most vulnerable.

“Across the United States and Europe we must show solidarity with refugees. These people are our teachers. They have survived more than you will ever know. All they want is to be able to live their lives in freedom, justice and with dignity. We have to keep telling people to stop being afraid, so that these people can have what we have.”