Extraordinary Families To Honor TV Show This Is Us 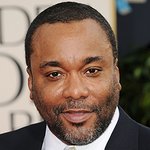 Extraordinary Families, a nonprofit dedicated to improving the lives of children and families in child welfare, hosts its second annual Awards Gala on Wednesday, April 26, 2017 at the Beverly Hilton Hotel, Beverly Hills.

The evening will honor award-winning director, writer and producer Lee Daniels with the Visionary Award. NBC’s hit show “This Is Us” executive producer Jess Rosenthal and creator and executive producer Dan Fogelman will be presented with the Luminary Award. The late legendary music manager and philanthropist Howard Kaufman will be honored with the Champion Award, and foster parents Kim Kopp and Lisa McFann will be presented with the Sylvia Fogelman Founder’s Award. Brooke Kaufman Halsband chairs.

“Each of our honorees, either through their work or personal contributions, has made an important impact on lives of children and youth in foster care,” said Sarah Boone, Chief Executive Officer of Extraordinary Families. “Their ‘extraordinary’ generosity and commitment enable us to provide nurturing homes and vital support to ensure that children and youth in our care develop to their fullest potential. We are grateful for this opportunity to showcase our programs.”

Lee Daniels is a widely-recognized director, writer, producer and philanthropist in both film and television. He is perhaps best known for the 2013 critically acclaimed box office smash Lee Daniels’ The Butler, in addition to his 2009 feature Precious: Based on the Novel by Sapphire, which was nominated for six Academy Awards. The film also made history as Daniels became the first African-American to be nominated for the DGA’s Outstanding Directorial Achievement in Feature Film Award. Daniels’ other directing credits include Shadowboxer, The Paperboy and Monster’s Ball, for which Halle Berry won an Oscar. In 2015, Daniels expanded his influence into the world of television by co-creating Fox network’s mega hit series Empire and STAR which premiered on Fox in December, 2016 and was recently picked up for a second season. Daniels will be honored with the Visionary Award in recognition of his singular contributions to bringing a voice to foster youth and his stellar work in shining a light on the realities of child welfare.

NBC’s hit series “This Is Us” executive producer Jess Rosenthal and creator and executive producer Dan Fogelman will be honored with the Luminary Award for their show which poignantly elevates the issue of adoption in a realistic and profound way. Jeff Rosenthal will be on hand to accept the award on behalf of the show. Rosenthal partnered with Dan Fogelman at their company Rhode Island Ave Productions with a deal at 20th Century Fox Television. Rosenthal is also an executive producer on “Pitch” on Fox and has worked on the company’s past shows “Galavant,” “Grandfathered,” and “Neighbors.” Previously he was a Literary Manager at Industry Entertainment and a film executive with Warner Bros.

A legendary music manager, Howard Kaufman shaped the careers of some of the most iconic bands and performers in America. Kaufman was known for the calm, steady and almost fatherly care that he brought to his client relationships. He became a partner and business manager at Caribou Entertainment in 1969, initially working with emerging rock band, Chicago. A decade later, he joined Front Line Management and later rebranded the company on his own as HK Management. For more than 45 years, Kaufman guided talent such as the Eagles, Aerosmith, Stevie Nicks, Don Henley, Jimmy Buffett, Steely Dan, Boston, Janet Jackson, Boz Scaggs, Heart, The Go-Go’s, Lenny Kravitz and Chris Isaaks and many others, to achieve their full artistic and business potential. Kaufman managed careers, tour schedules, album releases, and the production and music coordination of several films, always keeping an eye out for the best interests of his clients. Despite his success, Kaufman remained selfless and grounded, a supportive mentor, generous with his time and fiercely dedicated to his family. He was a generous philanthropist and dedicated supporter of Extraordinary Families.

Kim Kopp and Lisa McFann have been foster parents with Extraordinary Families since 2013. Over the last four years they have fostered four children, adopting two of them into their forever home. Kim and Lisa have truly been exemplary parents, always putting the needs of the children and their wellbeing above all else. For their commitment, dedication, and resilience in the face of challenges, they will be honored with the Sylvia Fogelman Founder’s Award.

Extraordinary Families was formed in 2015 following the merger of two robust nonprofits: Southern California Foster Family and Adoption Agency (SCFFAA) and Child Welfare Initiative (CWI). Both organizations were well-established, innovative nonprofits in Southern California that shared the vision of improving the daily lives and long-term outcomes of children impacted by the child welfare system. The merger of the two organizations resulted in gained synergies, improved efficiencies, reduced costs, and complementary services that significantly leveraged resources and greatly increased the organization’s impact on the community. For more information, please visit www.ExtraordinaryFamilies.org. 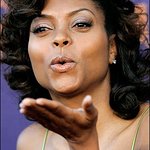