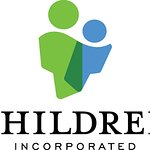 “There are many fine agencies to choose from, but my personal favorite is Children Incorporated… the experience has brought tremendous joy and satisfaction to my entire family.”

When Dr. Carlson first published those words two decades ago, he probably had no idea the impact it would have on the fate of children, families, and communities all around the globe. One of the most impactful and visionary self-help books of the last generation – with over 25 million copies sold and considered a key text in the global movement towards mindfulness and self-care – Carlson’s shout-out to Children Incorporated resulted in a flood of sponsors that organization president Ron Carter calls “one of the most meaningful things to ever happen to our organization.”

Dr. Carlson’s legacy is continued by his widow, Kristine Carlson, herself a best-selling author, TED Talk veteran, and internationally acclaimed speaker. To celebrate the 20th Anniversary of Don’t Sweat the Small Stuff, Carlson has teamed up with Children Incorporated to generate 2000 new sponsors in conjunction with the book’s reissue.

With programs in over 23 countries (including nearly 150 in the United States), Children Incorporated connects individual donors with the needs of specific children who are in desperate need – of food, shelter, clothing, school supplies, and most of all, human generosity. Since being founded by Jeanne Clarke Wood in 1964, the Richmond, VA-based organization has directly impacted the lives of over 250,000 children.

Finding 2000 new sponsors is an ambitious goal, admits Shelley Callahan, Director of Development for Children Incorporated, but a worthy one. “Since the first edition of Dr. Carlson’s book came out twenty years ago, we’ve gained roughly about 6000 sponsorships,” she says. “An additional 2000 – to add to the 9000 we already have active – would be a really big deal. We could grow our programs, adding more projects to the 300 we already serve, as well as directly impact the lives of that many more needy children.”

The life-blood of Children Incorporated is getting help to individual children with every sponsorship, but their broader vision extends into those children’s homes and communities, magnifying the impact of each donation. From helping to build schoolhouses and safe homes in Bolivia, to clean water projects in India and Sri Lanka, to stuffing the backpacks of poor children in Appalachia with food so they don’t go hungry over the weekend, each project is based on local concerns and needs.

New donors inspired by Dr. Carlson’s life and work can click here for more information and easy access to Children Incorporated’s history and details about their current programs.

A list of the 30 largest public donations made by celebrities in the past year puts Oprah in the top spot. More →