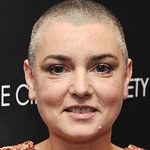 Sinead O'Connor posted an emotional video on Facebook last week, in which she talked openly about her struggles with mental illness.

The singer wanted to use the video to help people understand mental illness, and talked frankly about her thoughts of suicide.

“Mental illness, it’s like drugs, it doesn’t [care] who you are, and equally what’s worse, the stigma doesn’t care who you are,” she said in the 12 minute video. "There’s absolutely nobody in my life except my doctor, my psychiatrist – the sweetest man on earth, who says I’m his hero – and that’s about the only thing keeping me alive at the moment… and that’s kind of pathetic.

“I want everyone to know what it’s like, that’s why I’m making this video.”

“I am one of millions… people who suffer from mental illness are the most vulnerable people on earth, we can’t take care of ourselves, you’ve got to take care of us,” she added. “My entire life is revolving around not dying, and that’s not living. And I’m not going to die, but still, this is no way for people to be living.”

A spokesperson for the singer has since said that O’Connor is now receiving care and is surrounded by love: “She is safe, and not suicidal. She asked for this to be posted knowing you are concerned for her. I hope this comforts those of you were concerned.”