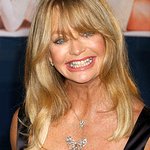 Since its inception in 2010, the Inspiration series has grown to include Galas in six cities around the world: New York, Los Angeles, São Paulo, Toronto, Miami, and Rio de Janeiro, with each year featuring a different design “Inspiration.”

To date, the Inspiration series has raised more than $9 million to benefit amfAR.