Sarah Jessica Parker was appointed UNICEF Ambassador in 1997 and has since shown her support in a variety of ways, most notably as a dedicated supporter of Trick-or-Treat for UNICEF, where she served as the national spokesperson in 1998, 2003 and 2006.

Stemming from her experience Trick-or-Treating for UNICEF as a child, Sarah Jessica has remained an active supporter of the campaign, most recently donating a signed bathrobe to the 60th Anniversary of Trick-or-Treat for UNICEF Charity Buzz auction—which helped contribute to the $11,620 raised from the auction for the campaign.

“My involvement with UNICEF is particularly important to me because it is UNICEF that introduced me to volunteerism, thereby helping me to set my own personal standard of contributing my time and giving back to others,” she said. “Working on behalf of UNICEF’s lifesaving efforts is one of my most valued roles.”

Sarah Jessica most recently was the signator for the 2011 Mother’s Day e-Appeal encouraging people to purchase UNICEF’s HIV Test Kit, which will give a baby the chance at life he or she deserves, by helping their mother take the first step toward restoring her own health and guaranteeing the health of her child.

She has further shown her commitment to the world’s most vulnerable children by actively participating in numerous UNICEF campaigns. From lighting the UNICEF Snowflake in New York City in November 2004 to launching the UNICEF Tap Project as the first National Spokesperson for the campaign in March 2007, Sarah Jessica has distinguished herself as one of UNICEF’s most devoted Ambassadors.

Parker took part in the America: A Tribute to Heroes charity telethon for victims of 9/11.

She is a UNICEF Ambassador.

She made a PSA for the Food Bank For New York City that can be viewed here.

Sarah adopted one of the worst US schools in 2012 to try to turn it around with a new Turnaround Arts initiative by the government.

Sarah Jessica Parker has supported the following charities listed on this site:

Google trends for "Sarah Jessica Parker"
Available to Insiders only
Get Insider Access to these insights & more...

You can contact Sarah Jessica Parker using details from this service. (Or read our advice on how to contact celebrities) 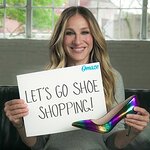