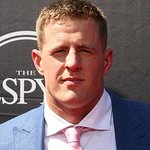 JJ Watt kicked off the campaign on Sunday afternoon with a personal contribution of $100,000. With the help of over 100,000 donors across the US, including recording artist Drake, who issued a video message of support to the city, Tom Brady, Ellen DeGeneres, Walmart, Tennessee Titans owner Amy Adams Strunk and Houston Rockets’ Chris Paul, the campaign surpassed its initial $200,000 goal in less than two hours, and has now surpassed $11 million. The vast majority of donations are under $100 each from Americans across the country.

As a certified B-Corporation with a focus on helping people faced with hardship, YouCaring does not take a cut of each donation, but instead relies on voluntary donor tips to fund operations.

“We’re a small team of about 50 people,” said Dan Saper, YouCaring’s CEO. “The influx of donations and support has been overwhelming, and we’re proud to announce that we are giving back $50,000 of donor tips to JJ’s fundraiser to help the victims of Hurricane Harvey.”

“Unlike other crowdfunding platforms, we have always been free to use, ensuring more money goes to the people who need it most,” said YouCaring’s CMO, Maly Ly. “I am amazed and humbled by the many tens of thousands of individual donations that have been coming in since Sunday, and which testify to Americans’ ability to empathize with those in need and their willingness to help however they can.”

Watch a video timeline of the JJ Watt campaign.

Click here to donate to his fundraiser and support the victims of Hurricane Harvey.