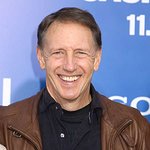 In memory of Soundgarden’s Chris Cornell and Linkin Park's Chester Bennington, two popular musicians who recently died by suicide, The Village recording studios’ CEO, Jeff Greenberg, created a team to focus attention on suicide in the music industry. Didi Hirsch’s Board Chair Chris Harrer presented Greenberg and his team with the Inspiration Award.

“Artists by nature are very sensitive and creative… Like anybody experiencing difficulties or trauma, sometimes there are no warning signs,” said Greenberg, whose team raised over $10,000. “What Didi Hirsch is doing beautifully well is letting people know how to spot signs when a friend or colleague or someone they love is in trouble and getting them help before it is too late.”

The record-breaking event, which wrapped up Suicide Awareness and Prevention Month, took place on Sunday, Sept. 24 and drew over 2,000 participants. It included special performances by the Baker Brothers Jazz Combo and Chikara Daiko, a Taiko drum group. The Reverend Shawn Amos, a blues artist who lost his mother to suicide, also spoke about the healing power of sharing stories on social media.

Devine, who served as Alive & Running’s emcee in 2000 and did an Instagram story during the race, talked about things have changed over the past 17 years. “We’re talking about this more. It’s an issue that touches all of us, no matter the age, the race, economics,” said Devine, who lost a friend to suicide. “I’m not an expert in mental health …but I know where to send (people in crisis). I send them to Didi Hirsch Mental Health Services and to the Suicide Prevention Hotline.”

Mary Price, a DJ for The Sound, started the race and announced the names of runners and teams as they crossed the finish line. In honor of the free public service announcements and other media support provided by The Sound, Didi Hirsch Board member and event co-chair Andrew Rubin presented Mary and the classic rock station with the Spirit Award.

Didi Hirsch Board member and event co-chair Pamela Kluft, who lost her sister, Beth, to suicide, presented Didi Hirsch Board member Sara Rutenberg and her brother, Andrew Berman, with the Hope Award. Rutenberg and Berman created Team L’Chaim in memory of their sister, Julie, who died by suicide 41 years ago and shared their loss for the first time on the Alive & Running website. “By speaking honestly and openly about their sister’s suicide, they have given other survivors hope that healing is always possible — even after decades of silence,” Kluft said.

Alive & Running remembers loved ones and raises funds and awareness for Didi Hirsch’s Suicide Prevention Center — the first and only one of its kind in the nation. It is now a world-renowned leader in training, research and services for people affected by suicide. Over the past 19 years, Alive & Running has raised nearly $3 million for the Suicide Prevention Center. Proceeds keep the 24/7 Crisis Line running, send staffers to the scene of a suicide, help educate and train students and first responders and fund support groups for people who have attempted suicide or are grieving a loss.

In remarks directed at 250 high school and college students who volunteered at the event, Didi Hirsch President/CEO Dr. Kita S. Curry talked about attempting suicide as a teenager. “I want anybody out there who is thinking suicide is the solution to know that I am grateful to be alive and so will you if you find someone caring to help you,” Dr. Curry said. “We don’t want to lose any more people to suicide.”

Dr. Curry encouraged them to call the National Suicide Prevention Lifeline number, which many recognized from Def Jam rapper Logic's hit song, 1-800-273-8255. Dr. Curry was among 50 suicide survivors from Didi Hirsch who was onstage with Logic as he performed the song at the MTV Video Music Awards last month.