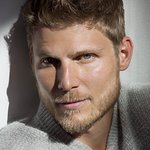 Awards recognize individuals who are inspiring and positive role models to our youth. Cindy Holland, Vice President, Original Content of Netflix, will be honored with the 2017 Sherry Lansing Award. BBBSLA Big Brother Travis Van Winkle of TNT’s The Last Ship and BBBSLA Big Sister Kelly Sullivan of TLC’s Too Close to Home, co-host.

Holland, a 15-year Netflix veteran, is responsible for acquiring and launching original series for the more than 104 million Netflix members worldwide. Under her purview, Holland and her team have launched award-winning and critically acclaimed projects that span drama, comedy, family/young adult, documentaries, stand-up specials and docu-series. Previously, Holland oversaw domestic television licensing for Netflix. Holland is a graduate of Stanford University. An avid cyclist, she has completed the 545-mile AIDS Lifecycle HIV/AIDS fundraising ride ten times to support the Los Angeles LGBT Center. She also supports GLAAD, the MPTF Foundation, Exploring The Arts and The Saban Community Clinic. For the past year, she has been a mentor in the BBBSLA Women in Entertainment Mentorship Program in partnership with The Hollywood Reporter to her Little Sister Karen.

BIG BROTHERS BIG SISTERS OF GREATER LOS ANGELES provides children facing adversity with strong and enduring, professionally supported one-to-one mentoring relationships that change their lives for the better, forever. Many of the youth in this program come from extremely challenging circumstances at home, at school or in their neighborhood, yet they have enormous potential. With the support of their mentors, these students are beating the odds in BIG ways – many of them being the first in their family to go to college. 96% of the youth who have a Big Brother or Big Sister are graduating from high school and 91% of them are going on to pursue higher education. Founded by Walt Disney and Meredith Willson in 1955, BBBSLA is a leading non-profit in the Los Angeles community. For more information, call (213) 213-2420 or visit www.GoBigLA.org. 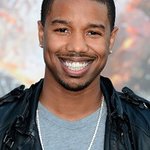