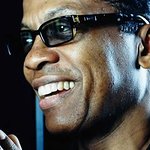 International Jazz Day 2018 came to a phenomenal close this week in St. Petersburg, following an extraordinary All-Star Global Concert at the historic Mariinsky Theatre that capped off several days of educational outreach programs across the city.

Leading up to the All-Start Global Concert, St. Petersburg hosted a wide array of programming including master classes and workshops with Oleg Butman and Lee Ritenour; panel discussions exploring Jazz and Peace, Women in Jazz and Jazz and Roots Music; and jam sessions with the Thelonious Monk Institute of Jazz Performance Fellows.

Earlier in the week, the International Jazz Day festivities kicked off in New Orleans with an International Jazz Day Salute to New Orleans concert at the historic Orpheum Theater. Thousands attended this free concert commemorating the 300th anniversary of the founding of New Orleans, the birthplace of jazz. The show opened with an only-in-New Orleans second line fronted by the Preservation Hall All-Stars and featured performances by Herbie Hancock along with Patti Austin, Philip Bailey, Bilal, Terence Blanchard, Jon Cleary, Ledisi, Quiana Lynell, Herlin Riley and many others. The concert will stream on www.jazzday.com at 7pm et, following the broadcast of the All-Star Global Concert from St. Petersburg at 4pm et. In addition to the live concert, a series of engaging, in-school jazz education presentations were led by the Institute’s teaching artists and educators at schools across New Orleans.

Celebrated around the globe each year on April 30, International Jazz Day highlights the power of jazz as a force for freedom and creativity, promotes intercultural dialogue through respect and understanding, and unites people from all corners of the globe.

International Jazz Day was adopted by the UNESCO Member Nations on the initiative of UNESCO Goodwill Ambassador Herbie Hancock. Established in partnership with the Thelonious Monk Institute of Jazz, the day is recognized on the official calendars of both UNESCO and the United Nations, and it is celebrated in more than 190 countries on all seven continents. Each year, schools, universities, libraries, jazz clubs, performing arts centers, artists and arts organizations of all disciplines around the world pay tribute to jazz through thousands of performances, education programs and community service initiatives.

International Jazz Day programs are made possible by Toyota, the 2018 Lead Partner.

A Message from UNESCO's Forest Whitaker on peace in South Sudan