Institut Marquès, the worldwide leading fertility centre, has hosted a new live concert for embryos at its laboratory in Barcelona.

Sharon Corr and Álex Ubago performed for hundreds of embryos growing in the incubators at Barcelona, Rome and Clane (Ireland).

The assisted reproduction centre achieved the Ig Nobel Prize thanks to its research on the positive effects of music on the embryonic and foetal development.

Sharon Corr, singer-songwriter member of the famous Irish band The Corrs, and Álex Ubago featured several songs, i.e. “Amarrado a ti” (“Tied to you”) and “Buenos Aires”. “It was a very emotional experience. It is great to think that possibly we can be part of their future. I am not surprised that music really helps the embryos to form; music is the greatest therapy in the world so I feel very honoured to be asked to do this,” stated Sharon Corr.

This performance follows the lead of other artists such as the famous Spanish singer-songwriter Antonio Orozco. Institut Marquès plans to offer further live concerts at their laboratories in the coming future.

These events fall within the works undertaken by Institut Marquès on how music benefits the embryonic and foetal development. Those studies were awarded last September by Harvard University with the Ig Medicine Nobel. The goal of this award is to promote that scientists from all over the world can present their studies to the audience in a pleasant and enjoyable way. The Ig Nobel organisation chose Institut Marquès researchers to present their work on a tour around the most important Universities in Europe in the past month of April . Doctor López-Teijón, Institut Marquès’ Director, alongside Doctor Álex Garcia-Faura, Scientific Director of the centre, presented their studies on foetal hearing the positive effects of music at the beginning of life at the Karolinska Institute and at the Aarhus University.

Institut Marquès’ studies have proven that musical vibrations during IVF fertilisation increased the chances of success by 5%, as well as the embryo development. This is why the clinic has created an innovative method, which includes the implementation of music in every embryo’s incubator. Doctor López-Teijón explains: “With this system we keep on moving forward towards our goal of recreating at the laboratory the natural conditions of the uterus for our embryos.” 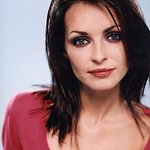