The Actors' Gang Chosen As Nonprofit Of The Year

The Actors’ Gang is proud to announce it has been selected as a 2018 California Nonprofit of the Year by Assemblywoman Sydney Kamlager-Dove.

Tim Robbins, Artistic Director of The Actors’ Gang, with Jeremie Loncka, Director of Prison Programing, and The Actors’ Gang Board Member, Malissa Shriver, joined other nonprofit leaders being honored by their state senators and assembly members at a celebratory luncheon as part of California Nonprofits Day on June 6th.

“I am excited to recognize The Actor’s Gang as this year’s Nonprofit of the Year. I honor this amazing nonprofit because of its commitment to theatre, and for its hard work around criminal justice reform. They use theatre as a tool for bringing dignity, rehabilitation and employment to this important conversation. The 54th Assembly District is lucky to have such a partner. They break a leg every time,” comments Assemblywoman Sydney Kamlager-Dove

Founded in 1981, the Actors’ Gang is a world-renowned theater company, having toured its plays in 5 continents and in over 40 U.S. States along with producing over 200 provocative, ground breaking award winning productions in the city of Los Angeles. It’s most recent production The New Colossus addresses the current anti-immigration climate in the United States, and played to sold out audiences for 5 months in L.A. The play will begin touring in South America in January 2019. Charles McNulty writing in the L.A. Times said of the production: “At a time when history is being warped by demagoguery The New Colossus holds a theatrical mirror to the nation.”

Aside from touring and producing 6 shows a year at its home base in Culver City, The Actors’ Gang has a vigorous Outreach Program that serves over 3000 young students in nine Los Angeles area public schools. Through in school immersion and after school programs, the Gang teachers help to unlock the unlimited potential of young students, encouraging them to find the voice within them that has been dormant and to tell their story proudly.

For the past 12 years The Actors’ Gang has been working with hundreds of incarcerated men and women in the California Correctional system, running rehabilitative workshops in 12 State Prisons as well as programs in two Re-entry Facilities and 2 Juvenile Detention Centers. The Prison Project has been recognized as effective cognitive therapy by the Department of Corrections and has been lauded by the Obama White House and by former U.S. Attorney General Eric Holder. Recent studies indicate a significant reduction in the recidivism rates of men and women that have been through the Prison Project workshops as well as an 89% reduction in 115s (in prison infractions).

Both The Actors’ Gang Prison Project and the Education Department foster tolerance and nonviolent expression through improvised theatrical workshops, enabling emotional and social development for students, who often have become numb to emotion and human interaction. Ensemble building is at the heart of the work, the achievement of tasks through collective effort.

In 2014 The Actors Gang was instrumental in reviving state funding for Arts in Corrections, working with the Governor, State Representatives and the Department of Corrections to reinstate funding in the state budget for rehabilitative arts programming in California prisons. Recently The Actors’ Gang has been working with the California Arts Council, Governor Brown and key representatives to increase state funding for nonprofit arts organizations throughout the state of California.

“Nonprofits make California communities stronger, yet we’re often so busy that we don’t toot our own horns about the work we’re doing,” explains Jan Masaoka, CEO of the California Association of Nonprofits (CalNonprofits). “California Nonprofits Day is an opportunity for our elected officials to recognize the good work they see nonprofits doing in their districts, and it also demonstrates the larger collective impact of nonprofits throughout California.” 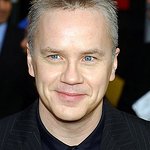 The inaugural Faith, Hope & Charity Gala, presented by Catholic Charities of Los Angeles, will honor Tim Robbins and The Actors’ Gang with the Compassionate Advocate Award at a gala benefitting the organization’s Immigration and Refugee Resettlement Program on Saturday, April 27 at De Luxe Banquet Hall in Burbank, CA. More →