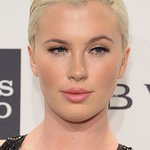 Model Ireland Basinger-Baldwin will speak out against Canada Goose during its online annual meeting on Friday by calling on the company to stop selling jackets made with coyote fur and down feathers.

Submitting the question on behalf of PETA, Basinger-Baldwin — who recently starred in an anti-fur campaign for the group — writes, “Canada Goose uses fur from coyotes who are often immobilized in steel traps that can cut deep into their flesh, crush their limbs, and cause animals to languish for days before being crudely killed when the trapper finally returns…. Down production is also inherently cruel…. So my question is, when will Canada Goose stop using fur and down?”

PETA has released a video exposé revealing that workers at a Canada Goose down supplier rounded up terrified geese who piled on top of one another in an attempt to escape, causing suffocation and death. Coyotes used for Canada Goose’s fur trim can suffer in traps for days before they’re shot or bludgeoned to death. Trapped coyote mothers desperate to get back to their starving pups have even attempted to chew off their own limbs to escape.

PETA, whose motto reads, in part, that “animals are not ours to wear,” notes that a wide variety of brands — including HoodLamb, Save the Duck, Vaute, and Wully Outerwear — sell warm, stylish, cruelty-free coats.

Just weeks after a fire broke out at the Pata Zoo in Bangkok, Thailand, actor Gillian Anderson has sent the zoo’s owner a letter on behalf of PETA Asia asking him to close the exotic-animal menagerie in the Pata Department Store and send the animals to reputable sanctuaries. More →