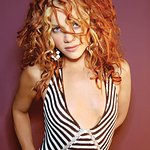 Supporters and attendees of this prominent charity event include entertainment lawyers, production and studio executives, community and business leaders and more. For more information, click here.

KABC’s Anchor Marc Brown will host the 3rd Annual Pediatric Victory Foundation Gala. Nikka Costa (Everybody Got Their Something) will perform along with Siedah Garrett singer and songwriter, who has written songs and performed backing vocals for many recording artists in the music industry, such as Michael Jackson, The Pointer Sisters, Brand New Heavies, Quincy Jones, Tevin Campbell, Donna Summer, Madonna, Jennifer Hudson among others. She co-wrote the hit “Man in the Mirror,” the Michael Jackson hit. Additional guests include KABC’s new traffic reporter Chris Cristi.

The Pediatric Victory Foundation was created two years ago after Monique and Howie Rosenthal discovered their daughter Blayke had been experiencing 35 seizures a day, stiffness in walking, blackouts, extreme memory loss and hallucinations. As a result of their very sick daughter they turned to the UCLA Pediatric Neurology team for answers. With the help of Dr. Sankar, Rubin Brown Professor and Chief Division of Pediatric Neurology and his team Blayke was diagnosed with a very rare disorder called autoimmune epilepsy, a disease discovered less than ten years ago. The Rosenthal’s realized their calling card was to help the research and the commitment of the team and help them save other children’s lives.