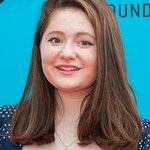 The Conners and Shameless star Emma Kenney is putting the fur industry on blast in a new video rant for PETA in which the 19-year-old actor reminds everyone that wearing something that used to be someone is cruel, tasteless, and out of touch.

“Imagine if your leg got crushed or cut to the bone in a steel trap and, no matter how loudly you cried out for help, nobody came to your rescue,” says Kenney. “Or that you spent your life crammed inside of a cage then got poisoned, beaten, or electrocuted before being skinned alive. You’d wish you were just having a bad dream!”

Kenney goes on to point out that more than half the fur sold in the U.S. comes from China, where millions of dogs and cats are bludgeoned, hanged, bled to death, and strangled so that their fur can be turned into trim and trinkets. “So forget fur,” she proclaims. “In fact, f**k fur!”