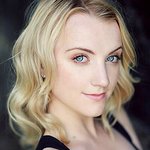 Vegan stars and influencers Evanna Lynch, Mya, Daniella Monet, Harley Quinn Smith, Cammie Scott, Yovana Mendoza, Jenné Claiborne, and Renee Olstead have teamed up with PETA and Meg and Komie Vora of Los Angeles womenswear brand Delikate Rayne for a new vegan fashion campaign that urges both consumers and businesses to consider the animals who are exploited and killed for fashion — and change the game.

The campaign features a new video in which the women share the reasons why they choose vegan leather, faux fur, wool-free knits, and other animal-friendly fabrics — and why they encourage their combined 8 million followers to do the same. The campaign also includes a limited-edition PETA x Delikate Rayne faux-suede cap, 20 percent of the proceeds of which will go toward PETA’s lifesaving work for animals.

R&B singer Mýa says, “The true test of any nation is how it treats its innocent beings, and animals obviously fall into the category.” Harry Potter actor Lynch agrees: “I remember as a teenager, going shopping for purses and… someone trying to sell [one] to me as genuinely leather as if that was a good thing. I was, like, but isn’t leather somebody’s skin?”

The PETA x Delikate Rayne collaboration launches on the heels of the passage of a ban on fur sales in Los Angeles; announcements by major designers such as Coach, Burberry, Gucci, and Diane von Furstenburg that they’re going fur-free; and pledges by hundreds of retailers — including Topshop, H&M, and Gap — to stop using mohair and angora wool.

Delikate Rayne is part of a growing group of designers using animal-free fabrics, and for good reason. PETA — whose motto reads, in part, that “animals are not ours to wear” — notes that the billions of cows killed for leather, the crocodiles killed for their skin, and the animals killed for their fur are often mutilated and even skinned alive. And nine separate investigations have documented that wool-industry workers throw, beat, and stomp on sheep.

Actress and writer Evanna Lynch, who played Luna Lovegood in the Harry Potter films, and Pete Wicks, star of The Only Way is Essex, took on the UK’s highest freefall abseil from London’s ArcelorMittal Orbit sculpture on Saturday, to raise funds for global animal protection charity Humane Society International/UK. More →