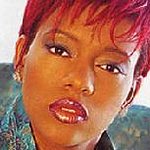 The Grammy Award winner draws from her own experience as a victim of abuse as the motivation behind her efforts. Last January, Pen was attacked and severely beaten after an ex-boyfriend broke into her home. During the incident, she was left unconscious and nearly died. Recovery from her extensive injuries was only possible after reconstructive surgery.

Queen Pen’s situation, however, is not unique. According to the New York State Division of Criminal Justice, 55% of female homicides are committed by an intimate partner of the victim.

In an interview with Sixshot.com last year, Pen recalled the incident while speaking about her mission to help other victims of abuse.

“People say ‘I can imagine how you feel,’” she said. “I can’t imagine. I know how these people feel ’cause I lived it.”

Of the changes needed to improve current protections for women and children against batterers, Pen remarked, “It took 31 minutes for police to respond to a 911 call.”

“If my life is taken away or I can’t provide for my children, who’s going to take care of them?”

In addition to hosting the upcoming press conference to advocate against domestic violence, Queen Pen has founded the non-profit organization Silent Cries to assist victims of abuse.