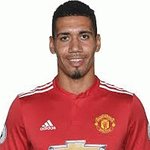 In an accompanying video, the soccer star discusses what led him to embrace vegan eating, saying, “I realized how brutal [animal agriculture] is to animals, how unnecessary it is to us, and how damaging it is to the environment.”

He also talks about some of the health benefits that he’s experienced since cutting out meat, eggs, and dairy, saying, “I had a lot of tendonitis in my knee, and then once I went fully vegan, all those symptoms just dropped away.”

PETA — whose motto reads, in part, that “animals are not ours to eat” — points out that going vegan would give soccer fans the opportunity to enjoy many more matches, as cutting out animal-derived food reduces our risk of suffering from heart disease, diabetes, cancer, obesity, and numerous other life-shortening health concerns. Each person who goes vegan also dramatically reduces his or her carbon footprint — and spares nearly 200 animals every year daily suffering and a terrifying death in today’s meat, egg, and dairy industries. PETA’s free vegan starter kit is available here.

Smalling is part of a growing list of vegan sports stars — including World Cup winner Alex Morgan, NBA star Kyrie Irving, and five-time Formula 1 champion Lewis Hamilton — and he previously appeared in a PETA U.K. campaign warning people of the dangers of leaving their animal companions in hot cars.