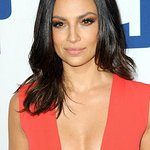 In a new video for PETA, Ohio native and Ohio State University (OSU) alumna Floriana Lima — known for her roles in Lethal Weapon, Supergirl, and Netflix’s The Punisher — pulls back the curtain on a laboratory practice called “the forced swim test,” which is used at OSU, the University of Cincinnati, and Case Western Reserve University.

Lima’s narration reveals that in the test — which was developed in the late 1970s and then called a “despair test” — mice, rats, or other small animals are placed in inescapable beakers filled with water. “Imagine being thrown into deep water,” she says. “You try to escape by climbing up the sides, but the walls of the tank are too slippery and steep. You swim frantically — struggling to keep your head above the water, to keep from drowning — but it’s exhausting, and you’re terrified.”

Experimenters claim that the test can measure an animal’s depression or the effects of antidepressant drugs, but scientists disagree. “Those using the test can’t even agree on what it tells them about the animals they traumatize,” Lima explains. “If you stop swimming and begin floating, is this a sign of despair, that you’ve given up on life?… Perhaps it means you’re trying to conserve energy, trying to survive…. By subjecting animals to the horror of near-drowning, the forced swim test … deprives humans of real help for depression.”

PETA recently persuaded pharma giant AbbVie to stop using the forced swim test, making it the first pharmaceutical company to take a firm, humane, and public stand against the near-drowning of animals. Lima and the group are calling on OSU, the University of Cincinnati, and pharmaceutical giants Pfizer, Eli Lilly, and Bristol-Myers Squibb to follow suit.