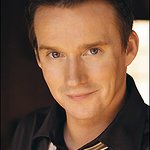 The 42-year-old – who underwent a life-saving operation after the discovery of his second brain tumor in October 2007 – is considering taking part in the run, which will take place in May.

“I’m contemplating running at the event,” he said. “It’s going to be in the middle of my UK tour, so if I’m not somewhere down south or too far away I’d really like to do it. Recently I’ve started to get back into my fitness regime again and I’m enjoying it, so I’d like to.”

The event is part of a series of regional fun runs, which will raise money for the Alzheimer's Society.

Also at the official launch was Gemma Atkinson, Antony Cotton, and former Bond girl Britt Ekland. Ekland watched her mother suffer from Alzheimer’s 14 years ago and is a major supporter of the Society.

“I think it’s important that I can use my experience and my sometimes high profile to do whatever I can for the Alzheimer’s Society and raise funds where necessary,” she said. “To be connected to this year’s Bupa Great Run is a major, major thing for us in the society.”

Coronation Street’s Antony Cotton announced that he would be running the race with his soap star colleague Samia Smith, after been asked by a 13-year-old girl born with her heart back-to-front. The stars will be raising money for Francis House Hospice in Didsbury. Former Hollyoaks actress Gemma Atkinson will run in support of Manchester’s New Children’s Hospital Appeal.

More information about the BUPA Great Charity Runs can be found here.