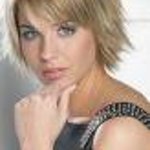 Ahead of Fur Free Friday, an international day of action on November 23, celebrities are speaking out against the “cruel” suffering of animals killed for the fur trade and backing calls by Animal Defenders International (ADI) to consign this brutal industry to the past.

Gemma Atkinson, who reached the Strictly Come Dancing final last year and formerly starred in Hollyoaks, said: “We can all make a difference by making fashion choices that are kind not cruel to the animals. Don’t contribute to the suffering and deaths of millions of animals – say no to fur, forever.”

Emily Deschanel, costar of the hit US TV drama series Bones, said: “Fur looks best, and belongs, on animals not people. To end the horrific suffering of millions of animals we need to say no to fur – for good.”

Alexandra Paul, who starred as Lt. Stephanie Holden in the iconic TV series Baywatch, said: “I believe in all animals’ right to live free, pain free. Thanks to ADI’s undercover footage on fur farms, we now know the shocking truth behind this industry. We all need to make this stop – and we can do that by choosing cruelty-free fashion, not fur.”

Members of the public can take action to help inform shoppers and retailers of the horrors of fur at ad-international.org/fur. These include sharing ADI’s short film “A LIFETIME” about the lives of two foxes, brothers Borys and Eryk, who were born, lived and were killed, aged seven months, on a fur farm.

To obtain the footage, ADI placed hidden cameras on the Polish farm to capture this rare insight into an industry that kills more than 100 million animals a year worldwide. Poland is one of Europe’s largest producers of fur.

Although the UK banned fur farming 18 years ago, it remains a major dealer importing and exporting fur. The UK is in fact one of the largest exporters of fur in Europe; garment exports amount to over €25 million a year, while imports of fur skins are valued in millions, including £4.5 million from Poland and £4.5 million from China in 2016 alone. Last year, more than £63 million worth of fur was imported into the UK.

Animal Defenders International President Jan Creamer said: “Treated like a product, intelligent, feeling individuals continue to suffer for this brutal trade. Born in a cage, they die a terrifying and painful death. This is the real cost of fur – help end the cruelty and say no to fur.”

With a number of “fake” fur products found to be real fur, compassionate shoppers are being tricked into buying real fur. ADI advises ethical shoppers to report items that are not labelled, or mislabelled, and is providing advice on how to identify the real fur being sold as ethical fake.

A parliamentary inquiry on the UK fur trade was held earlier this year, to which ADI submitted written evidence calling for a ban, a measure backed by the public. The UK Government responded to the recommendations of the Environment, Food and Rural Affairs committee earlier this month. Disappointingly it stated that the proposed mandatory labelling of fur items, which would enable consumer to avoid these cruel products, would not be an “effective remedy”. No commitment was made either to consult on a fur trade ban as recommended.