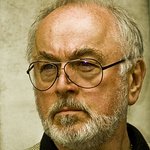 Every year, Animal Aid runs a vegan pledge initiative to encourage those who are not vegan to give it a try. The Summer Vegan Pledge is a 30-day vegan pledge that takes place in June.

Says Rachel Riley:
‘I found out that eggs and dairy were making me ill, and once I gave them up I felt like a new person almost overnight. As a big foodie, to still get my fix of dairy and egg-free puddings I started eating in vegan restaurants and found that the food was delicious and interesting and I didn’t need to eat meat.

‘Then finally, after watching Blue Planet and going to the Galapagos in 2017 I learnt more about dodgy fishing practices and plastic pollution affecting wildlife, so I finally gave up fish for Veganuary and never went back to eating it. Now I feel really good, still get to eat a variety of really tasty food and can look every creature in the eye, it’s win-win’

Says Peter Egan:
’I decided to go vegan firstly because of the cruelty animals are subjected to in order to provide me with a meal. I was appalled by the slaughter. Then I realised that a plant-based diet was not only better for me ethically and physically, but it was healthier for our planet also.

‘Once my head and my heart were in union, I realised that to be vegan is the best lifestyle in the world.’

Says Jasmine Harman:
’I became vegan shortly after becoming a mum; it suddenly dawned on me at the age of 38 that cows (like humans!) only produce milk after having a baby. It sounds so obvious now, but at the time, I had literally never considered it. I guess I just assumed that cows just naturally made milk all the time!

‘As a parent, I could not bear the thought of what mother cows go through when their babies are taken away and often killed; that’s why I went vegan.’

Says Andrew O’Neill:
‘I went vegan for the animals. Happily, there’s a bunch of other good effects of being vegan, like minimising land use, water use and your carbon footprint, but for me the main one was that I don’t believe animals are ours to use, imprison, kill or eat.

Says Kay Lovelle:
’Everywhere you look, someone, somewhere is being exploited and you cannot save the whole world but you can control what industries you fuel (what you eat/wear/buy) and this is such a powerful start because it makes all the difference on a global scale. Once I learned what happens to the animals in graphic detail I no longer wished to continue fuelling such a cruel industry.

‘I realised that by discontinuing my consumption of animal products I would not only be saving the lives of animals but bettering my health to live longer and help the environment in the process. This is the single most effective thing you can do right now. You have the power, there is no Planet B.’

Says Laura Winter:
’I had been vegetarian for 14 years before I went vegan. I had felt increasingly uncomfortable with eating dairy, as I was predominantly vegetarian for animal welfare reasons. How could anyone hurt or eat animals? Yet when you open your eyes to the horrors of the egg and dairy industries, which are arguably crueller than the meat industry, it becomes impossible to ignore. I simply had to go vegan.

‘Plant-based living is absolutely wonderful and going vegan was the best lifestyle choice I have ever made.’

’Initially I became vegan 25 years ago because of health after losing my leg and getting constant re-infection that only an introduction to a plant-based diet cured. After five months in hospital and endless antibiotics to no avail.

‘Once vegan I realised I wasn’t harming animals or the environment, it only takes us to care about one of these three reasons to become vegan and then we naturally make a difference in all three arenas.’

Says Animal Aid Campaign Manager, Tod Bradbury:
’The Summer Vegan Pledge is the perfect opportunity for those who care about animals, the environment and their health to try a plant-based diet for a month.

’It has never been easier to go vegan, with new vegan options coming to supermarket shelves, coffee shops, independent shops, health food shops and restaurants seemingly on a daily basis.

‘By taking the Summer Vegan Pledge you will be helping animals and the planet, and also making positive changes for your health, so why not give it a go?’

Animal Aid’s undercover investigations have found abhorrent abuse and neglect in farms and slaughterhouses – even in those which are considered ‘high welfare’. As well as this, animal farming is one of the biggest causes of greenhouse gas emissions (exceeding those of all motorised transport combined), deforestation and water pollution globally. In addition, research suggests that those following a plant-based diet, on average, have a lower incidence of diabetes, heart disease and certain types of cancer.