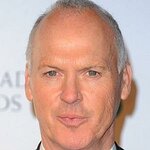 Just in time for the busy tourist season, Pennsylvania native and Golden Globe winner Michael Keaton is making an impassioned appeal for the long-suffering and arthritic bear named Bosco who’s being held at Pymatuning Deer Park, demanding that he be freed from the barren concrete pit there and transferred to a reputable sanctuary.

Addressing the owner of the roadside zoo in an exclusive video interview with PETA, Keaton says, “[T]his little bear is being basically mistreated by not [being permitted to] live out his life where he’s really meant to live. It’s about respect. Just let him go.”

The Birdman star also appears in a new PSA for PETA in which he blasts the use of bears for photo ops and calls on tourists not to visit such animal-exploiting operations. After explaining how the bears are often held in cramped cages with nothing to do but pace and cry, he concludes, “Please, help end this abuse. Never engage in photo ops with wild animals.”

PETA — whose motto reads, in part, that “animals are not ours to use for entertainment” — notes that since the death of his companion in 2017, 24-year-old Bosco has been held alone in a concrete pit at Pymatuning Deer Park, where he’s denied everything that’s natural and important to him and harassed by an endless stream of visitors during the summer season. PETA has long pushed the notorious roadside zoo to send him to a reputable sanctuary, where he could finally run, dig, swim, and engage in other species-specific types of behavior. 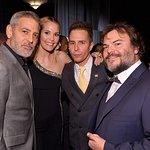