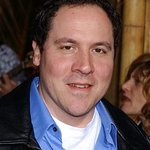 In honor of director Jon Favreau's decision to use all computer-generated imagery to create beautiful, photorealistic animals in The Lion King, PETA is sponsoring a rescued lion in his name.

Louie was taken from his mother as a cub in South Africa and forced to perform in film and television productions but now lives peacefully at the Lions Tigers & Bears sanctuary in Alpine, California.

Louie was relinquished to the sanctuary in 2017 by a former animal trainer, but most animals aren’t so lucky. When no longer useful to trainers, many are dumped at roadside zoos, where they can languish for years. In the entertainment industry, wild animals are typically trained through fear and violence, as revealed in PETA’s exposé of a Hollywood animal trainer. When they’re not being forced to perform, wild animals are often kept in small cages and deprived of exercise, enrichment, and companionship.