Hanson Steps Out For Charity 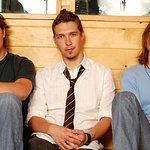 The Hanson brothers – Zac, Taylor and Isaac – traveled to Africa before releasing their fourth album “The Walk” in the summer of 2007.

What they saw in Africa inspired them to take action against AIDS and poverty in the continent of Africa.

When they took the trip to Africa, they were blown away. There was so much that was needed, people in the region needed shoes or a 33-cent drug that a mother who is HIV and pregnant needs to protect her unborn baby from being infected with the virus.

They realized that something had to be done as more than 35 million people die from AIDS every year. There are also about 14 million children orphaned because of AIDS and the number is expected to increase to 25 million by 2010. The brothers knew they needed to do something to make a difference by fighting the disease.

The oldest of the brothers Isaac said that they wanted to be a generation of action and not of awareness.

Hanson began “The Walk around The World tour” in September 2008.

In every city that Hanson performs a concert, they also walk a mile barefoot. They encourage their fans to join them as they walk in each city. The walkers can choose to walk barefoot or with shoes on, but they encourage the walkers to connect with children in Africa who have no shoes.

For every person who joins the band on a walk, Hanson donates $1 to one of the five goals that the walker may choose. The brothers have five goals in mind to accomplish, two of which they’ve already achieved. One of the goals was to raise enough money to build a clean water well in Kenya. The second one was to provide cell phones to AIDS patients so that they can contact their doctors whenever necessary.

Hanson’s 104th walk was held on Drakes’s campus. Though it was raining and windy, this did not hinder the students to join them around the campus.

They announced another goal, they wanted to walk around the world. There are 24,902 miles around the world and the brothers hope many people will take the walk. To date, 11,589 people have participated in the walk – which means only 13,313 miles and people left to go.

If you would want to take action and you missed the walk at Drake, there are many ways you can still help. Hanson has released a charity single on iTunes called “The Great Divide”. All proceeds from the song go directly towards providing medicine for people infected with HIV.

Hanson has also teamed up with Tom’s Shoes. For every pair of shoes purchased from Tom’s Shoes, the company donates a pair to someone in need of shoes.

The initial goal of 50,000 shoes was met in November 2007 and shoes are still being delivered across the world. Anyone across the world can host a walk on their own – information can be found at takethewalk.net. 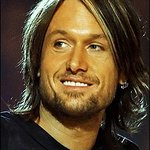 Keith Urban, Ne-Yo, Hanson and Anthony Hamilton are just a few of the latest celebrities to join the popular #ThisShirtSavesLives campaign to help raise funds and awareness for the lifesaving mission of St. Jude Children's Research Hospital. Since launching at the end of last year, the movement has continued to gain momentum online, reaching more than 271 million people through 20,000 posts and shares of the #ThisShirtSavesLives hashtag. More →