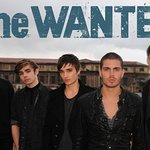 Arthur Ashe Kids’ Day benefits the National Junior Tennis and Learning (NJTL) network. The NJTL was established by Arthur Ashe, Charlie Pasarell and Sheridan Snyder in 1969 with the mission of developing the character of young people through tennis and education.

Since then, the NJTL network has grown to include over 550 chapters which serve over 220,000 youth annually. NJTL chapters, which vary in size and scope, can be found in 46 of the top 50 U.S. markets, making NJTL one of the USTA’s largest community-based initiatives. NJTL chapters are supported by the USTA through grants, awards and various learning opportunities. NJTL participants have the opportunity to take part in a number of core programs, including the Tennis and Leadership Camp, the Arthur Ashe Essay and Art Contest, Arthur Ashe Kids’ Day, Regional Rallies, a scholarship to the annual USTA Community Tennis Development Workshop and low-cost insurance.

“We are thrilled to kick off the 2012 US Open with the 17th annual Arthur Ashe Kids’ Day presented by Hess featuring the most popular names in sports and entertainment today,” said Gordon Smith, USTA Executive Director and Chief Operating Officer. “The event holds a long-standing history of providing a day of fun-filled family activities as attendees celebrate the life of Arthur Ashe and his mission to empower children of all ages through tennis.”

Find out more about the sold out event here.