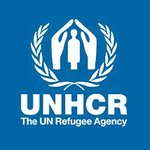 Venezuelan singer Danny Ocean is part of a global line-up of performers who will be honouring the winner of the 2019 UNHCR Nansen Refugee Award at a ceremony in Geneva on 7 October.

For 65 years, UNHCR’s Nansen Refugee Award has honoured everyday heroes who make extraordinary efforts to protect refugees, displaced and stateless people. From a surgeon risking his life in a war zone, to local heroes rescuing refugees from the sea; Nansen Award winners all share a deep dedication to helping people in great need.

“I know how hard it is to leave behind family, friends and everything you know to build a life again somewhere new,” said Ocean, who rose to global fame with his hit Me Rehuso, in which he sings about the love he left behind when he moved from his native Venezuela to the United States of America.

“Millions of people each year are forced into making this decision to protect themselves and their families. For those refugees who have lost everything, the humanity and support of others is their only lifeline. For many years the winners of the Nansen Refugee Award have been that lifeline. It is an honour for me to play a part in celebrating their extraordinary achievement.”

The 2019 winner will be announced on 2 October before being presented with the award at the iconic Bâtiment des Forces Motrices theatre in Geneva, Switzerland.
The ceremony will also feature a keynote address by Nadine Labaki, the Lebanese director of the Cannes Jury Prize winner, and Oscar-nominated film, Capernaum, and will be hosted by award-winning South African TV presenter Leanne Manas. Other performers joining them on the night will be Swiss musician Flèche Love and German poets and stage performers Babak Ghassim and Usama Elyas.

Recent winners of the Nansen Refugee Award include South Sudanese surgeon Dr. Evan Atar Adaha, Sister Angelique Namaika from the Democratic Republic of the Congo, and Zannah Mustapha, a lawyer and mediator from Borno state in north-eastern Nigeria.

Mohamed Salah has become the first Ambassador for Instant Network Schools – which connect refugee and host country students to a quality digital education – as the programme prepares to expand into his home country of Egypt for the first time. More →