SWAGTRON®, the leader in affordable light electric vehicles including electric scooters and e-bikes, announces today it is partnering with Toys for Tots and an extensive roster of celebrities including musicians and athletes for the first annual Giving Is Swag™ holiday charity drive and giveaway.

From now through December 31, 2019, SWAGTRON is running a “Give 5, Get 5” donation and discount program on all purchases made through SWAGTRON.com using code GIVING-IS-SWAG at checkout. The brand will donate 5 percent in-kind from any purchase made using the code to Toys for Tots, and consumers will receive 5 percent off the price of their purchase.

Donations can also be made directly without purchase by visiting SWAGTRON.com/giving. SWAGTRON will match 100 percent of donations from all sources up to the first $10,000 in-kind.

“We wanted a way to give back to kids that was in line with the spirit of the brand,” says Jason Wakefield, SWAGTRON CMO. “And I can’t think of a better way than teaming up with a world-class organization like Toys for Tots and some legendary friends to spread some swag this holiday season.”

The giveaway, designed to help raise awareness for the charity drive, gives fans the chance to enter to win an autographed Swagcycle Pro from the artist or athlete of their choice.

“We’re beyond ecstatic to have support for this cause from so many world-class musicians and athletes,” says Wakefield. “Once word started spreading in the music community, it really took on a life of its own. It’s been an incredibly humbling experience.”

To ensure transparency and authenticity, all donations will be accepted and donated to Toys for Tots through the With Arms Wide Open Foundation, a 501c3 non-profit founded by Creed frontman Scott Stapp.

“I’ve been a big fan of SWAGTRON since I first threw a leg over a Swagcycle,” says Stapp. “And when I found out they were working to give back to kids, it was something close to my heart. I was happy to help.”

For more information including full terms and conditions, to donate or to enter to win, visit SWAGTRON.com/giving.

ABOUT TOYS FOR TOTS
Toys for Tots, a 72-year national charitable program run by the U.S. Marine Corps Reserve, provides happiness and hope to disadvantaged children during each Christmas holiday season. The toys, books and other gifts collected and distributed by the Marines offer these children recognition, confidence and a positive memory for a lifetime. It is such experiences that help children become responsible citizens and caring members of their community. Last year the Marine Toys for Tots Program fulfilled the holiday hopes and dreams of 7 million less fortunate children in 800 communities nationwide. Since 1947 over 251 million children have been assisted. The Marine Toys for Tots Foundation is a not for profit organization authorized by the U.S. Marine Corps and the Department of Defense to provide fundraising and other necessary support for the annual Marine Corps Reserve Toys for Tots Program. For more information, visit www.toysfortots.org.

ABOUT WITH ARMS WIDE OPEN FOUNDATION
The With Arms Wide Open Foundation was founded in 2000 by Scott Stapp, Creed frontman whose rock band sold more than 50 million records worldwide. The Foundation’s mission: “bringing hope to children and families in need.” Creed donated proceeds from its Grammy award winning hit song “With Arms Wide Open,” from the Human Clay album. Creed also contributed $1 for every ticket sold on the Human Clay Tour. For the last 20 years, Scott devoted himself to “paying it forward” to others in need through numerous outreaches at the US and global levels helping underprivileged children and families around the world. The Foundation has donated over $1 million dollars to various causes and more than 100 organizations, including the Navajo Youth Program, Coalition for the Homeless of Central Florida, American Red Cross, Orphanetwork, New Yorkers for Children, Second Harvest Food bank, St. Jude Children’s Hospital, and Leukemia & Lymphoma Society. For more information, visit https://www.witharmswideopenfoundation.org/.

ABOUT SWAGTRON
SWAGTRON is the industry leader in light electric vehicles, having evolved as the forefront brand in its category. SWAGTRON was celebrated for being one of the first brands of electric rideables on the scene to offer UL certification for electrical and charging safety. SWAGTRON continues to expand and improve its line of innovative rideable products to make micro mobility solutions accessible to everyone. Learn more at Swagtron.com. 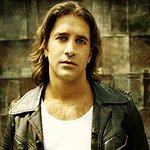