WCBS-FM’s Scott Shannon In the Morning with Patty Steele will broadcast their final ‘Big Show’ of the year LIVE from Blythedale Children’s Hospital in Valhalla, New York on December 20.

Scott Shannon has been a longtime supporter, both professionally & personally, of Blythedale’s mission and has helped raise more than $4 million through his radio benefits over the past 27 years. Every year there is a live auction to benefit Blythedale. This year’s items include autographed guitars by Rob Thomas, Johnny Rzeznik and Jon Bon Jovi, plus, VIP experiences to the Macy’s Thanksgiving Day Parade, a Billy Joel concert, a Yankees/Mets/NY Giants game and much, much more. Items are available to browse and bid until Friday, December 20, 2019 at 10:00 p.m.

All proceeds support Blythedale’s Infant & Toddler Unit, providing care and treatment to the Hospital’s smallest and most fragile babies. 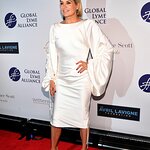