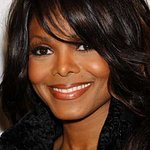 It’s “All For You!” On the heels of her record breaking documentary premiere event JANET JACKSON. on Lifetime and A&E and to celebrate the 40th anniversary of her first studio album, Janet Jackson (1982) the Queen of Pop, Janet Jackson, has collaborated with luxury reseller The RealReal to open up her vault and extend the life of some of her coveted tour merchandise.

Just in time for Black History Month, fans will have a chance to own vintage and rare concert merchandise from the janet.(1993-1995), The Velvet Rope (1998–1999), All For You (2001–2002) and Rock Witchu (2008) tours with the proceeds going to non-profit organization Girls Leadership, an organization that teaches girls to exercise the power of their voice through programs grounded in social emotional learning. 100% of the artist’s (Ms. Jackson’s) proceeds from this initiative will benefit Girls Leadership, and The RealReal will also contribute $10,000 to the organization.

Says Janet, “The sooner we can teach our girls how to speak up for themselves and to stand up for one another and in what they believe in, the better position they’ll be in as they get older,” Jackson says. “Women need to support one another more from day one and that starts from when we’re younger. We owe it to the younger generation to teach them, so they make fewer mistakes than we did.”

Five years in the making, the five-time Grammy Award winner shared her personal story in an all-new, no holds barred two-night original documentary event, JANET JACKSON. that premiered on Friday, January 28 at 8/7c, and concluded on Saturday, January 29th at 8/7c simultaneously on Lifetime and A&E to an audience of over 15.7M combined across broadcast and streaming. Janet and her brother/manager Randy Jackson serve as executive producers on the project.