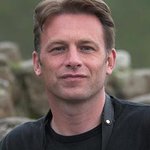 A petition launched by naturalist and TV presenter Chris Packham urging the government not to abandon plans to ban fur and foie gras sales, has reached 17,000 signatures in less than 48 hours.

The petition is responding to reports that the government is poised to drop plans to ban fur and foie gras sales and imports in the UK, after cabinet members including Jacob Rees-Mogg expressed concerns about the bans infringing on consumer choice.

The petition, launched on 21 February under the hashtag #DontBetrayAnimals, rapidly spread on social media, as media reports of a back-pedalling from Boris Johnson on these issues prompted strong reactions from animal charities and Packham’s followers.

Claire Bass, executive director for Humane Society International/UK, the animal charity running the #FurFreeBritain campaign for a UK fur sales ban, says “The popularity of Chris’s petition is a direct reflection of the sense of disbelief and outrage amongst the vast majority of Brits who want these cruel products banned. It is entirely immoral to imprison animals for their whole lives in tiny barren cages, or to catch them in the wild with brutal traps, all to stitch their fur to a coat or bobble hat. And the violent force-feeding of ducks and geese to produce foie gras causes unimaginable fear and suffering. Fur and foie gras production are rightly banned in the UK, and it’s extremely disappointing that the Brexit Opportunities Minister cannot see that Brexit gives us the opportunity to end the double standard of outsourcing the same suffering overseas. The comments on the petition show how shocked people are that the government would take the view that freedom of choice should mean freedom to ignore animal cruelty. We urge the Prime Minister to base this policy decision on evidence and the huge public support for these bans, not the personal views of one or two members of the cabinet.”

Public comments on the petition include that the U-turn would be “a betrayal of the British people as well as the animals”, “an appalling backwards step”, “a travesty” and “the government rubber stamping abject exploitation and cruelty of animals.”

Other celebrities expressed their support for the bans; Dr Amir Khan, NHS GP and TV personality, released a video on its social media platforms, urging followers to write to their MP and sign Packham’s petition.