Nick Lachey Tees Off For Charity 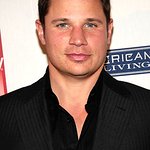 The money will go to charities such as the Jimmie Johnson Foundation, the Nick Lachey Foundation, the March Of Dimes, the Boys' and Girls' Clubs of America and the Muscular Dystrophy Association.

“The way our racing season falls, the Super Bowl is always one of the sporting events I get to enjoy,” Johnson said. “Now that Nick and I started Super Skins, the weekend has taken on a whole new meaning. Again, we want to thank everyone who supported our efforts this entire weekend and helped to get some well deserved funds to some great organizations.”