Kiss A Star And Save An Elephant 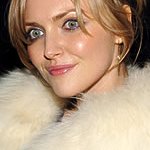 A secret rendezvous… a special place… a celebrity… one moment of delirious happiness as your lips touch theirs… all your fantasies may come true by bidding in the brand new Kissing For Conservation auction being run by Buy Once, Give Twice in the UK.

Lucky bidders have the chance to be kissed – and get photographed to prove it – by stars such as Sophie Dahl, Stephen Fry, Nigel Havers, Sarah Ferguson, Pink Floyd drummer Nick Mason, Deborah Meaden and Trinny Woodall in the auction, with all proceeds going to Elephant Family.

Valid for 3 months in a London location, both celebrity and bidder will return home safe in the knowledge you’ve helped the endangered Asian elephant, and that love truly does make the world go round.

Established in 2002, Elephant Family has developed into a lean and focused force for the endangered Asian elephant. Aware of overcrowding in the charity sector, the organization exists out of the urgent necessity due to a lack of investment and attention going into their conservation. At present they are the only charity in the UK solely dedicated to wild and captive Asian elephants. Their vision is a world in which the Asian elephant is no longer an endangered species and is able to live unthreatened within its own habitat.

To find out more about the auction and make a bid, click here. The auction closes on March 11.