“We judge ourselves by our ability to make a difference. Not noisily or with sanctimonious complacency, but deep inside, in that still small place where we really talk to ourselves.” – Stephen Fry

Writer, actor, comedian and doer of good, Stephen Fry lives in his London SW1 flat and his Norfolk house when not traveling. An England conservationist through the Healthy Planet charity, Fry has given his mother an adopted hectare of Cambridgeshire Fen, a project restoring more than 9,000 acres of fenland habitat in Cambridgeshire, helping to conserve one of Britain’s most beautiful and biodiverse areas.

As a compassionate, Fry works with others to transform the understanding and treatment of bipolar disorder, as the Special Ambassador to EQUILIBRIUM - The Bipolar Foundation. Every year Stephen is delighted to invite all his Terrence Higgins Trust “Friends for Life” and “Associate Friends” to his summer Gala Dinner and to a special Christmas party as a supporter of making a difference to all those lives shattered by HIV. He also understands the importance of promoting the spoken word for all by presenting The Listening Books Award for the Spoken Word at The Guardian Hay Festival, providing a fantastic selection of high-quality audiobooks to over 7,000 people across the United Kingdom who find it difficult or impossible to read due to illness or disability.

A UK “national treasure”, Fry boasts over 1.3M Twitter followers (Jan 2010); the response from his offer to kiss the highest online bidder to raise money towards helping the endangered Asian elephant through the charity Elephant Family caused a website to crash with one Tweet to his then 198,830 followers.

Using Twitter’s potential for fundraising, Stephen Fry has sparked thousands in donations to an otherwise dormant campaign supporting the development of speech, language and communication skills in all children. More than £7,000 has been donated to the children’s communication charity I Can via its Adopt A Word campaign since the actor/writer tweeted about his own adoption of the word ‘Wordy’. Clare Horwood, head of individual giving at I Can, said the charity was surprised by the response. “It went from basically dead, because we weren’t doing any marketing activity, to all of a sudden just exploding,” she said.

Stephen Fry has supported the following charities listed on this site:

Google trends for "Stephen Fry"
Available to Insiders only
Get Insider Access to these insights & more...

You can contact Stephen Fry using details from this service. (Or read our advice on how to contact celebrities) 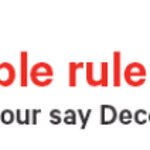 Stephen Fry has penned an email with Change.org, reminding people that their voices matter in the upcoming UK election: More →
More news about Stephen Fry →

Dear Me: A Letter to My Sixteen-Year-Old Self

In support of Elton John’s AIDS Foundation, a number of celebrities have written a letter to their sixteen-year-old selves.