The Mercury Phoenix Trust was founded by Brian May, Roger Taylor and their manager Jim Beach in memory of rock band Queen’s iconic lead singer FREDDIE MERCURY who died in 1991 from AIDS.

In the last 21 years the Trust has given away over 16 million dollars in his name and funded over 700 projects in the global battle against HIV/AIDS.

They give to a wide range of Education and Awareness projects, principally targeting young people in the developing world. The 18 million orphans who have lost one or both parents to AIDS are in desperate need of help as they struggle to survive and build their lives, often becoming ‘head of the family’ for their smaller siblings.

This disease impacts on the whole community, down to the grandparents who find themselves caring for their dead children’s children. They too need aid and information. The way to combat this disease is through knowledge.

Although they give to the large NGOs and well known charities, the greater part of their funding goes direct to small grassroots organisations which the bigger charities tend to overlook, and where they feel the recipients will achieve value for money.

The projects they fund are spread across the globe and in total they have now given to projects in 57 countries – wherever they can help they do.

To get involved or donate go here…

Mercury Phoenix Trust has received support from the following celebrities listed on this site:

Activity
Social reach
Google trends for "Mercury Phoenix Trust"
Available to Insiders only
Get Insider Access to these insights & more... 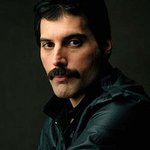 Hard Rock International is proud to announce a continuation of its partnership with The Mercury Phoenix Trust, a UK charity created in memory of Freddie Mercury by Queen band members Brian May and Roger Taylor together with their manager Jim Beach to support the global fight against HIV/AIDS, that includes a series of collaborative initiatives taking place from June through December 2019. More →

We don't have any videos related to Mercury Phoenix Trust.