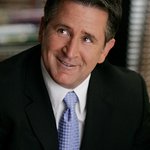 Without A Trace star Anthony LaPaglia was the mastermind behind a celebrity soccer match held last week to raise money for victims of the horrific Australian bush fires.

“Anthony rang me and said we’ve got to raise some money for these people and I said sure, I’ll see you there,” said Vinnie Jones. “The fires were so heart-wrenching. This was the least we could do get people involved and raise awareness.”

Hundreds of spectators attended the game, including Virgin chief Sir Richard Branson, who has donated over $500,000 to victims of the fires that have claimed over 200 lives and left thousands homeless.

“Australia has been a second home for years and these particular fires have been absolutely devastating; they’ve ruined lots of peoples lives,” he said. “Virgin is in a position where we can do something about it, and a lot of people just can’t afford to help at the moment so its good to mix business with charity and pleasure.”

LaPaglia was inspired to organize the match through the Hollywood United soccer team he plays for because he was born in Australia and wanted to do something for his country.

“When we started to see all of the images coming through from the Victorian fires, I just thought this is what were here for, this is what we do,” he said. “It was terrible to see entire towns wiped out and to see images of cars burnt to a crisp trying to get out just horrifying images. Without hesitation, people – world-class soccer players and celebrities not just from Australia but from America and Britain too – put up their hands to use their profile to help.”