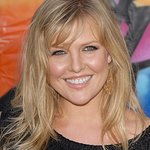 The celebrities joined an international roll call of 23 models from 14 different nations including the US, UK, Brazil, South Korea, Italy, Belgium and the Ukraine in a series of photo shoots to launch EJF"s latest exclusive t-shirts designed by Giles Deacon, Allegra Hicks, Zandra Rhodes and John Rocha.

The t-shirts are produced on organic and fairly traded cotton and printed with organic certified inks. All money raised by EJF from the sale of the t-shirts goes to support the charity"s valuable work. The t-shirts are available in ladies fitted and men"s classic styles from £30 on the charity’s website (worldwide delivery).

Around the world, whether it is state enforced, or child trafficking, millions of children face severe exploitation in the cotton industry. In Uzbekistan, the world’s 3rd largest exporter of cotton, roughly a third of the population are forced to work in conditions near slavery for the state run cotton industry. Many are children. Schools across the country are shut down for the cotton harvest as children from the age of 7 are sent to work for weeks in the fields, paid little or nothing, but benefiting their repressive government through this forced labour.

Juliette Williams, Programme Director for EJF, says "Even in tough economic times, our buying power can be a force for good. Choosing organic and fairly traded cotton actively supports communities in some of the world’s poorest nations, where fair and equitable trade to the west can literally mean the difference between life and death. With public support, companies have been inspired to look at the way the cotton they buy and sell is produced, and high street names are saying “no” to cotton from Uzbekistan until child labour and environmental abuses are eradicated. Together we can change our world".