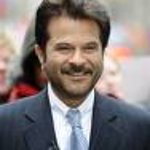 Actor Anil Kapoor has pledged to donate his earnings from Oscar-winning movie Slumdog Millionaire to Plan India, a charity that supports vulnerable children in India.

Although Kapoor describes his own beginnings as modest, it wasn’t the level of underprivilege that he’s witnessed since becoming involved with Plan India in 2006. The abuse and exploitation of children that he has seen over the past couple of years has affected him deeply: “There are many who are sold and forced into prostitution, begging, labour and other such activities. Lack of education and functional skills has made trafficking of these children the prime source of income for the people.”

Plan India attempts to combat this through various measures, both directly and through community and governmental organisations. Better education for girls has reduced the number of early marriages, and vocational training to improve economic conditions deflects the exploitation of children. The charity is working on projects in both rural and urban communities, as well as directly with street children, child labourers and orphans.

Kapoor sites one particularly poignant success story of Plan India, where a man had sold his daughters into the sex trade since they were residents of the red light area: “He felt it was a quick way of getting good money and saw no harm in doing so! He was still thinking of selling his youngest daughter into the trade when he came across [Plan India’s] staff members working in the area. They were able to convince him to send [her] to school. With help from the donors, Plan was able to support [her] education.”

A real-life Slumdog Millionaire, Harsh Nawathe, who won 10 million rupees ($198,000) on a television contest in 2000, also has his eye on the welfare of children. He’s devoting his time to expanding his tutoring programs for children growing up in slums of Mumbai where, he says, education is the only currency that pays.

Encouraging others to support the children of India, Kappor says: “It is time we stop these people from robbing their innocence!”

Earth Day 2020 Brings Together An Unprecedented Collection Of Voices Apr 17, 2020

With the 50th Anniversary of Earth Day (April 22) fast approaching, now more than ever we need to connect as a global community united in our fight to protect the health and welfare of the planet and its people. More →