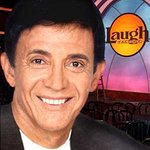 Jamie Masada is known for a lot of things. As the founder of the ‘Laugh Factory,’ he is credited with establishing Hollywood’s most popular comedy club. But Masada is also a well-known crusader for the underprivileged, homeless and hungry. And now he’s taking it to Congress… kind of.

Last month, President Obama signed the economic stimulus bill, which includes $50M in funding for the arts. Simply put, Masada is proposing that $700,000 be earmarked for a national comedy project to send struggling comics out to perform for the economically depressed.

Look to the Stars is honored to have spoken with Jamie Masada about his tireless efforts to feed the homeless in Los Angeles, what we can do to help, and of course, his quest to fund some comedic relief for the country’s unemployed.

You’re well known for being an extremely compassionate advocate for the homeless, and now you’re getting quite a bit of media attention for your proposed Comedic Cheer Up Bus Tour? Tell us how it would work and which, if any, comedians have signed on?

“All the top comedians from the Laugh Factory have agreed to participate, including Dave Chappell and Paul Rodriguez. And all of them would donate their time to do it. The money would go towards sending comedians on buses around the country where it’s been hit the hardest – for example, visit all the factory workers that have been laid off. Set up in tent at Town Hall or something and make a ‘Laugh Factory’. Invite every unemployed person in that town to come for free, we’ll give them some warm food, everything free to them-and try to cheer them up because laughter is such a wonderful healing thing and at the same time laughter gives you hope.”

Have you noticed an increase in the number of homeless attending the Laugh Factory’s free Thanksgiving and Christmas dinners?

“Yes. We at the Laugh Factory do Thanksgiving and Christmas every year-providing free food to everybody. This year it was overbearing. A lot of families came in with kids. One man came in with five kids ages 3- 12. The kids were cold, they sat down, they prayed, they ate some warm food and I gave them some Laugh Factory jackets because they were cold. It was heartbreaking.”

How is it that we live in the greatest country in the world, yet we still have people living on the streets and going hungry?

“Everyone is trying to help the rich people, and the gap between rich people and poor is getting larger, there’s no middle class anymore. The people that were the backbone of this country that worked in factories, the people that built this country – we don’t take care of them anymore… we take care of rich people, bankers and others who have put us where we are today because of their greed. We reward them with millions and millions of dollars? What happened to the poor people?”

How can we – the average, everyday person – help?

“Well, we want to go try to cheer these people up. We’ll call it a Comedic Cheer Up. Right now we are gathering signatures for a petition to be sent to Nancy Pelosi and President Obama. We are asking everybody to go to the Laugh Factory website and sign the Petition to Bail Out Comedy. We only need about 100,000 signatures, so please ask everybody you know to help us make this a reality.”

Realistically, we can all help in one form or another?

“Yes. And I have to do what I think is right. We can’t sit back and look at this economy and this country, the greatest country in the world, and not do something. If each one of us did a little – if you own a laundry store, give the unemployed people a half price discount, or if you have a sandwich shop give the unemployed 20% off. Any of us can help. All of us love this country and we can help. We have to try to be positive and don’t let these people that got us to where we are take us down. The greed of AIG, bankers, lenders, the greed of human beings that causes them to forget about these poor people who have no food to eat, no warm clothes, no home to go to – I mean come on, don’t take a $165M bonus and forget about the poor. We came to this world with nothing and we leave this world with nothing. So if we could come up with a way -anyone who has extra clothes, extra food, extra money – give it to people that could use it through this tough time and make this country the great place it is.”

I’ve interviewed quite a few people in regards to charity, but you are one of the most compassionate and sincere people I’ve spoken to. How did you become so giving?

“When I came to this country I was 14 and alone and I learned how great this country was. My first paycheck in this country was $28.00 and I sent $24.00 to my parents to help them out, and I realized then that my father was a very giving person. He was always gave – anything – we didn’t have food at home but if we had a last piece of bread he would give it to a homeless person. That’s how I learned and I think everybody in this country is a giving and caring person but they don’t know how to do it.”

You seem to gravitate towards helping children as well as the homeless?

“We have a comedy camp for underprivileged kids every year – we’ve been doing it for 25 years, and some of these kids we’ve helped steer in the right directions, some of them have become doctors or entertainers – all we did was give them a little bit of confidence.”

And Thursday nights at Laugh Factory you offer free admission to anyone unemployed?

“Yes. Free admission on Thursday nights for anybody that comes in and shows they are unemployed. We want to cheer them up. We want to give them hope. All the Laugh Factories – they can go to the one in New York, Los Angeles, Newport Beach, any of them and it’s free.”

Is it true you refuse to allow anyone to help you – monetarily – when hosting your free Thanksgiving and Christmas meals?

“Correct. I say no, I’m doing this from my own pocket, I don’t take any donations, but you can learn from this. Giving is such a wonderful feeling. As soon as you taste it, you taste it in your heart, and you always want to give. It is so wonderful to help another person, and if you do that, it’s so satisfactory, I can’t describe it, you get such a high from it and it’s the best high you can ever get in your life.”

Look to the Stars, and this writer in particular, would like to thank Jamie Masada for not just taking the time to speak with us, but for his incredible contribution to humanity. He truly is one in a million and we urge you to sign the ‘Petition to Bail Out Comedy’ to help bring some comedic relief to those suffering.