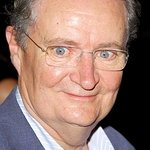 Oscar-winning actor Jim Broadbent has challenged the British government to take urgent action on dementia research in a new internet video series from the BBC.

Cause Celeb gives various celebrities the chance to talk about issues and causes close to their heart, and the Moulin Rouge star has recorded a short video about how he coped with his mother’s dementia as part of the series.

“When we were told, we were shocked and worried… about what was going to happen to [my mother]” said Broadbent. “There were moments of fear and moments of anxiety. We searched for books on the subject, and newspaper articles and television programs to try and acquaint ourselves with this strange thing that had entered our lives. At that stage we weren’t aware that it was such a common disease.”

Currently 700,000 people in the UK live with dementia, a figure that is expected to rise to 1.4 million by 2037 unless new treatments are developed.

Art lovers Belinda Gray and Sally Ball, from East Anglia, are organising one of the UK’s best contemporary art and sculpture shows in aid of Breast Cancer Now, the UK’s largest breast cancer charity dedicated to funding research into this devastating disease, and local services. More →