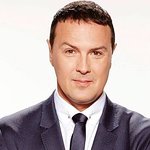 Friday night saw Text Santa raise the highest total ever at £8,383,361 as millions of viewers watched a night to remember on ITV.

In five years of fundraising, Text Santa has now raised over £29,000,000. This year’s proceeds will directly benefit three charities Macmillan Cancer Support, Make-A-Wish UK and Save the Children as 100% of all money raised goes directly to the charities.

Peter Fincham, Director of ITV, said: “This is a fantastic achievement. I want to thank all ITV viewers and our partners who have donated so generously to the Text Santa appeal. All the money will go directly to this year’s charities Macmillan Cancer Support, Make-A-Wish UK and Save the Children and will make a real difference to the lives of those who rely on the charities’ support.”

The star-studded show was packed with surprises for audience and presenters, live music performances, and emotional true-life charity films.

This year viewers saw their favourite celebrities doing their bit in a Christmas knit as the three-hour TV spectacular marked the climax of Text Santa Christmas Jumper Day which encouraged everyone to get out their woolies, join in the festive fun and most importantly donate to Text Santa.

Highlights of the night included:
• Paddy McGuinness achieved the Guinness world record title for putting on the most Christmas jumpers in a minute and managed to raise £11,000 by wearing 11 jumpers all at once for Text Santa.
• Coronation Street stars joined by special guest star Sir Richard Branson in a time travel themed sketch which saw some of today’s stars morph into iconic characters of old including Annie Walker, Elsie Tanner and Albert Tatlock.
• In Downton Abbey, butler Carson fulfilled his dream to become the Abbey’s Santa Claus fighting off competition from Sir Bruce Forsyth, Gordon Ramsay, Gok Wan, Brenda Blethyn as Vera, Jim Broadbent, Michelle Keegan and Warwick Davis.
• Stars competed in a special Ninja Warrior UK episode to win money for the Text Santa appeal. Olympian Louise Hazel emerged victorious beating off the competition Kimberly Wyatt; Gemma Atkinson; Mark Wright; Torvill & Dean; Carl Froch; Marvin Humes; Ryan Thomas and Ugo Monye.
• A Text Santa edition of Big Star’s, Bigger Star saw stars and their parents instead of stars and their little ones raise money for the Text Santa appeal. Those taking part were George Shelley and his mum Toni Harris; Emma Willis and her mum Cathy Griffiths; and Jennie McAlpine and dad Tom McAlpine. Stephen was surprised when his father Chris also arrived to take part and raised even more money for Text Santa.
• Simon Cowell and The X Factor judges did their bit in a Christmas Knit, wearing their Christmas jumpers and The X Factor with the show sponsors Talktalk made a generous donation to the Text Santa appeal.
• Six moving charity films were shown, highlighting what the appeal is really all about. The films were fronted by Julie Walters and Martin Clunes for Macmillan Cancer Support; Bradley Walsh and Ant & Dec for Make-A-Wish; and Amanda Holden and Myleene Klass for Save the Children.

Fronting the three-hour, live, fun-filled extravaganza was a mix of presenters from the ITV family including Christine Bleakley, Alesha Dixon, Caroline Flack, Amanda Holden, Paddy McGuinness, Stephen Mulhern, Olly Murs, Phillip Schofield and {celebrity:Holly Willoughby – all of them doing their bit in a Christmas Knit.

There was music on the night when the stars of Emmerdale invited viewers to a singalong to Shakin’ Steven’s Merry Christmas Everyone and featured a special guest appearance by Louis Walsh. The winner of this year’s The X Factor Louisa Johnson made her first post X Factor appearance performing Bob Dylan’s Forever Young. Host Olly Murs and Little Mix also performed encouraging donations to Text Santa’s charities: Macmillan Cancer Support, Make-A-Wish and Save the Children.

During the day on the 18th December the ITV schedule was all about Text Santa with special one-off editions of ITV favourites The Chase, Tipping Point, Jeremy Kyle and 1000 Heartbeats.

This year the appeal inspired a whole army of fundraisers to raise more money than ever before. The money raised will go towards funding nurses and other essential workers so people affected by cancer get the support they need; granting wishes to enrich the lives of children and young people fighting life-threatening conditions and transforming children’s lives here and abroad to give hope to families in difficulty at Christmas.

Text Santa is now in its fifth year and has so far raised over £29,000,000 for charities. The annual appeal also helps to increase awareness of the vital work of our charity partners by using ITV’s reach to millions of viewers across the UK inspiring and empowering people to make a difference. 100% of the money will be shared equally amongst the Text Santa charities going directly to support their vital work.

Last year, thanks to the public’s fantastic generosity, the money raised through Text Santa helped to provide 45,000 hours of specialist care to help young people fight cancer, support over 3,600 people suffering from dementia, and provide 51,650 hours of care to children and their families.

Supporting Text Santa for 2015 are appeal partners Primark, who donated to the appeal for every Christmas Jumper sold from the 1st December to the 17th December. Other appeal partners included Papa John’s, Vodafone and department store Liberty.

More information about Text Santa Christmas Jumper Day can be found at www.ITV.com/textsanta.