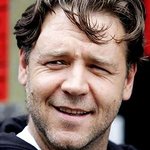 Over 130,000 hectares of wilderness land was gifted to conservationists by politicians after Irwin’s tragic death in 2006 as a tribute to his work. But now the government plans to allow a local aluminum company to mine a portion of the wildlife reserve.

“That site actually operates as a water filter, and there are some species of plants and animals that don’t really appear in other places, and the river the water runs into, the Wenlock River, has the largest bio-diversity range of any freshwater river in the country – it has things like saw-toothed sharks and estuarine crocodiles,” said Crowe. “He’s [Irwin] not here to stand up for himself and I just feel, as his friend, that we can’t do that… I made an offer to the environmental minister to have a talk about it but he hasn’t bothered to respond.”

Crowe continued his protests on The Late Show with David Letterman last week, and publicized a petition that calls for a halt to the plans.

“If any of you were ever touched by Steve’s attitude towards conservation… and making conservation an important subject for us to discuss… go to the website and sign up on that petition because that man deserves to be honored and respected, whether he’s alive or not. He was a fantastic person.”

The petition can be found here.