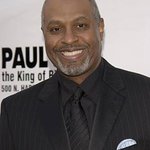 On Friday May 15th, James Pickens Jr. and celebrity friends performed in a play about the history of Gospel music. The show ran for three days at the Wilten Ebell Theater in Los Angeles. Proceeds will go to the James Pickens Jr. Foundation, and will support a number of different charitable organizations.

Pickens shared that he established the foundation because the idea had been in his heart for a while. When asked why he opted for a faith-based organization, he replied: “The faith based aspects move you to do what you do. We should all reach across the aisle and give a helping hand.” Among the organizations which benefit from the foundation are Grandparents As Parents, Camp Gideon, Helping Hands, and Victoria Rowell's organization which helps to emancipate foster children.

Look To The Stars Talks To James Pickens Jr.