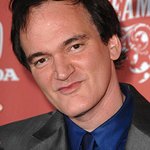 This could be the opportunity of a lifetime: a new online auction is offering you the chance to attend the premiere of Quentin Tarantino's Inglourious Basterds, get exclusive access to the red carpet, and – with your own camera crew in tow – interview stars such as Brad Pitt and Samuel L. Jackson. And if that is not all, you will also mingle with the stars at the official after party.

The auction is raising money for the New York City Public Schools Scholarship at Hamilton College, which provides need-based scholarships to graduates of New York City Public Schools attending Hamilton College. Originally founded in 1793 as the Hamilton-Oneida Academy, Hamilton occupies a 1,300-acre hilltop campus overlooking the New England-style Village of Clinton, New York, and in close proximity to the Adirondack Park. The College’s open curriculum gives students the freedom to shape their own liberal arts education within a research- and writing-intensive framework. The highly selective college enrolls 1,800 students from 49 states and 40 countries.

The auction offers 4 VIP tickets to the premiere in LA, and ends on June 24. The auction can be accessed here