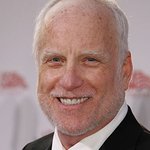 Worried that the current generation of American children are on the road to passivity, Richard Dreyfuss wants to make sure that they are reminded of the values and methods that helped form America into the country that it is today.

“You can actually learn the constancy of curiosity, and the constancy of outrage,” said Dreyfuss in an interview with Bill Maher. "You can learn that it is ok to keep asking the questions and to be dissenters. If you’re not taught it, then you don’t know it. But we owe ourselves and the United States that we will pass off to our children to relearn the tools of reason, logic, clarity, dissent, civility and debate. And those things are the non-partisan basis of democracy and without them you can kiss this thing good-bye.

“The expertise needed to understand western enlightenment and civil liberties is not something you’re born with. You have to learn it. We teach our kids what we want them to know, and we don’t teach our kids what we don’t want them to know. That’s not a conspiracy, that’s human nature…. If you don’t teach it, it will go away, and in the middle of the night when the towers fall we will not say ‘What am I responsible for?’ We will say, ‘Tell us what to do,’ … and we’ll chuck these liberties the moment the next terrorist horror happens.”

Not satisfied in only speaking about his concerns, Dreyfuss has taken action. He’s created The Dreyfuus Initiative, a new curriculum that he hopes to have implemented into schools to get children asking questions and discussing civics.

“I stopped defining myself as an actor and I went to Oxford because I believe that America is a miracle,” Dreyfuss told Associated Press. “And I think that there is nothing easier in the world than for us to lose this miracle and to be reduced to words on paper.”