Girls Aloud Singer Puts On Her High Heels For Charity 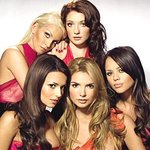 Girls Aloud singer Kimberley Walsh stepped into her high heels for a fundraising event for a British breast cancer charity during the weekend.

As reported earlier this month by Look To The Stars, Walsh was named as an ambassador for Breast Cancer Haven, an organization that runs three facilities in Britain – in London, Hereford and Leeds – offering free support, counseling, information and complementary therapies to anyone affected by breast cancer. As part of her duties as ambassador, the singer led the Leeds center’s High-Heel-A-Thon on September 27, an event that saw women and men put on their high heel shoes and complete a 1.2 mile course to raise cash and awareness.

“I am absolutely delighted that the High Heel-a-thon is my first duty as Breast Cancer Haven ambassador,” Walsh said. “I think this is a fantastic event and, as I’m a local girl, I’m so excited to be part of such major activity for the city.”

The charity hoped to raise at least £10,000 from the event, which attracted around 300 participants. 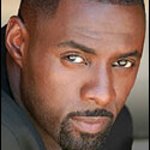 Sport Relief can today announce exciting new details about this year’s campaign, including Idris Elba donning his infamous Luther coat to uncover a serious case of hilarity in an unmissable sketch. More →