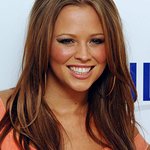 On Sunday, a host of celebrities including Kimberley Walsh and Alex Jones danced the day away with hundreds of hot footed fundraisers.

Claudia Winkleman hosted the star studded event at The SSE Arena, Wembley, as celebrities kept fundraisers in high spirits by taking to the stage to shimmy, shake and throw some shapes, all to raise money for Comic Relief.

Dancing legend Arlene Phillips had the crowd in a spin with her famous moves, while comedian Rufus Hound got them giggling by getting his groove on. Other celebs on hand to give fundraisers a much needed boost included Broadchurch heart throb Jonathan Bailey, actress Chelsee Healey and tennis coach and Strictly star Judy Murray.

Fundraisers were motivated to keep moving to a whole host of toe tapping tunes with the dance style changing every 30 minutes. Those taking part were able to sample a range of dance genres from street dance, latin, hip hop, Bollywood, jive and disco to 80s anthems, 90s rave, pop, soul, ballroom and musical theatre.

Host Claudia Winkleman kept the dancers on their toes throughout the challenge, and said: “This has been an absolutely epic day, the crowd put in a tremendous effort and I even busted out a few of my signature moves myself. I loved it and I hope we raised lots of cash for Comic Relief.”

Those who couldn’t make it to Wembley were able to throw their own dance parties at home by following along with the live action on the BBC Red Button.

The money raised by the Comic Relief Danceathon will be spent in the UK and across Africa, helping vulnerable and disadvantaged people to turn their lives around.