Razorlight To Headline Friends Of The Earth Gig 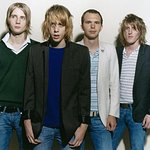 Friends of the Earth – a non-profit organization committed to lobbying the UK Government to make a healthy planet and a good life for everyone on it – are proud to announce that British band Razorlight will take part in their LIVEstock event in November.

The event is a one-off evening of comedy and music in support of Friends of the Earth’s Food Chain Campaign. The environmental charity is raising awareness of the link between factory-farmed meat and dairy and deforestation and calling on the Government to support planet-friendly farming. Joining Razorlight will be comedians such as Dan Antopolski, Chris Addison, Marcus Brigstocke, Russell Howard, Richard Herring, Francesca Martinez, Stephen Merchant, Lucy Porter and Mark Watson.

Edinburgh award-winning funnyman Dan Antopolski, ‘In the Loop’ star Chris Addison and Friends of the Earth have thrown down the gauntlet to aspiring comedians with the launch of a new competition for the funniest made up animal joke – and the winners will bag tickets to see Stephen Merchant, Russell Howard, Richard Herring and more perform at LIVEstock 2009 at the HMV Hammersmith Apollo.

The creators of the five funniest animal jokes – as judged by Antopolski and Addison – to reach Friends of the Earth by Monday 2 November will win VIP tickets to Friends of the Earth’s LIVEstock event where they will see their jokes read out on stage by the comics. The overall winner will also receive a pair of Eurostar tickets.

The show takes place on November 12 at the Hammersmith Apollo in London. To find out more about the competition or to get tickets, click here. 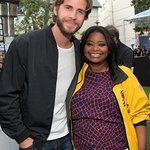