It's Snow Patrol Versus Cancer At Charity Gig 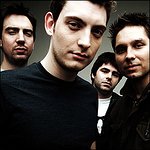 The band is the latest group to sign on for the show – organized by The Smiths' Andy Rourke – to benefit Versus Cancer, a charity dedicated to making a difference to people suffering from cancer, both in the UK and around the world.

The concert is the latest in a series of concerts organized by the charity. The organization has been behind performances from the likes of Noel Gallagher, Paul Weller, New Order, Ian Brown, The Happy Mondays, The Fun Lovin Criminals, The Enemy and The Fratelli’s and have instigated partial Smiths and Stone Roses reunions.

Ticket info can be found here. 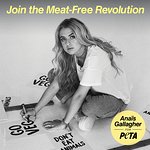 Model of the moment Anaïs Gallagher is the face of PETA's new “Meat-Free Revolution” campaign. More →